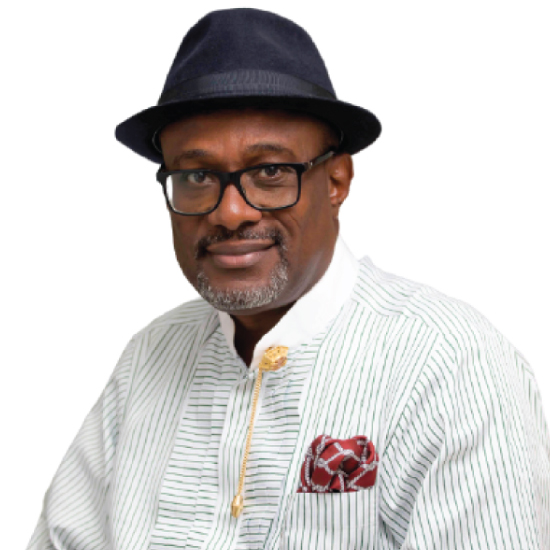 Engr. Simbi K. Wabote was appointed as the Executive Secretary Nigerian Content Development and Monitoring Board (NCDMB) by President Muhammadu Buhari (GCFR) on the 29th of September 2016. Prior to his appointment he was an Executive Director of Shell Petroleum Development Company (SPDC) Nigeria Limited and the General Manager Business and Government Relations for Shell Companies in Nigeria (SCiN).

Engr. Wabote joined Shell in September 1991 as an Oil and gas Engineer after a short stint with the Banking industry in Nigeria.

Prior to taking up his role as an Executive Director of Shell, he had served Shell in various senior positions within and outside the country in Engineering, Contracting & Procurement, External Affairs and Community Affairs Directorates. As Head of Civil engineering in Shell Eastern Division, he was responsible for major key civil engineering projects for the company, including the Shell Osubi airport in Warri Delta State Nigeria. He served as the National Assembly Relations Adviser to Shell and was the General Manager, Local Content Development, of Shell Exploration Production Company in Nigeria (SEPCiN). He was responsible for the development of Royal Dutch Shell’s local content strategy and framework and supervised Shell Local Content implementation across several countries including Nigeria, Gabon, Brunei, Oman, Kazakhstan, Australia, Iraq, Qatar, Jordan, USA and new frontier countries for Shell.