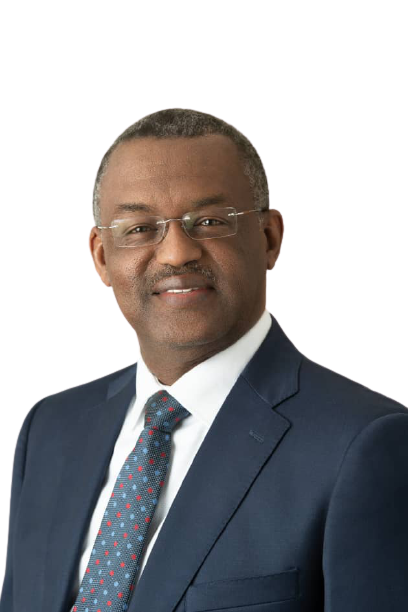 Sadeeq A. Mai-Bornu is the Deputy Managing Director of Nigeria LNG Limited and Executive Director on the Board of NLNG Ship Management Limited. Sadeeq has over 30 years of working experience mainly in the oil and gas industry. He is an alumnus of Ahmadu Bello University, Zaria with a Bachelor's degree in Civil Engineering. He is a member of the Nigerian Society of Engineers.

Prior to his current role at Nigeria LNG Limited, he was the Managing Director of Nigerian Petroleum Development Company Limited (NPDC), Benin, the upstream arm of Nigerian National Petroleum Corporation (NNPC). Sadeeq began his work career in July 1985 at Ajaokuta Steel Company Limited (ASCL) as an engineer in the Real Estate Development Department where he was responsible for the construction of the 10,000 housing unit Steel Township. He joined NNPC in 1987 as a Project Engineer and served as member of many project teams such as NNPC Corporate Telecoms Network (CTN), PPMC Escravos Tank Farm and Butanisation project for the construction of nine LPG depots from 1996 to 2004.

Mr. Mai-Bornu served as Technical Assistant to five consecutive Group General Managers in Engineering and Technology Division where he was renowned for his passion for project management, exemplary leadership and drive. From 2005, he became Deputy Manager of the Technical Services Department responsible for Cost Control. He has had a distinguished management career as Manager, Plant Projects in the Process Engineering Department; General Manager, Joint Ventures in the Renewable Energy Division (RED) and in 2015 as Managing Director, Nigerian Petroleum Development Company Ltd (NPDC) where he was able to ramp up oil production from about 87,000 barrels of oil per day (bopd) to a record 155,000 bopd.

Sadeeq is widely travelled and has attended several management and leadership courses. He has a strong flair for coaching and mentorship. He is married with four children.